Worlds collide in JUGHEAD: THE HUNGER VS. VAMPIRONICA #2

Will anyone in Riverdale survive when vampires and werewolves from two different universes go to war? On June 5, the worlds of JUGHEAD: THE HUNGER and VAMPIRONICA collide in the second chapter of the epic Archie Horror crossover comic!

The barrier between worlds has been broken and Riverdale is at the center of all of it. How will our favorite supernatural teenagers react when confronted with new and deadly threats from another world? Guess we’ll all have to wait and see!

Written by JUGHEAD: THE HUNGER series writer Frank Tieri, with art by Pat & Tim Kennedy and Joe Eisma, inks by Bob Smith and Ryan Jampole, colors by Matt Herms, and letters by Jack Morelli, JUGHEAD THE HUNGER VS VAMPIRONICA #2 is the can’t-miss Archie Horror comic event of the year!

GET THE FIRST ISSUE

JUGHEAD THE HUNGER VS VAMPIRONICA #2 (of 5) hits comic shops and digital platforms June 5, 2019 and features variant covers by Dan Panosian and Darick Robertson. 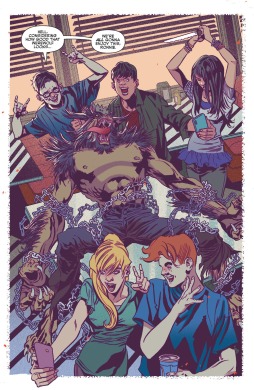 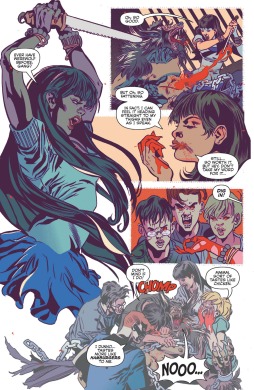 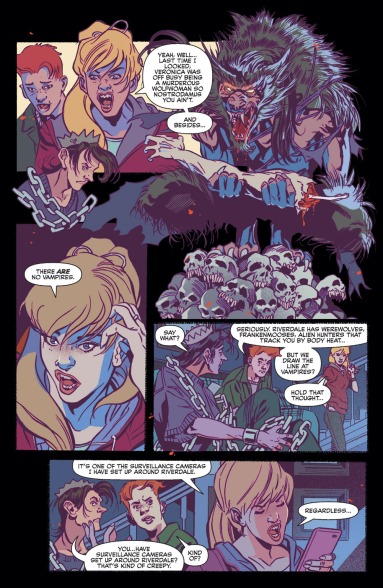 JUGHEAD THE HUNGER VS. VAMPIRONICA #2 (of 5)

Jughead has had a lot to deal with since going all “Full Moon”. Betty Cooper werewolf hunter, Reggie Mantle werewolf pack… even a Frankenmoose. But has any of this prepared him for Vampironica? Or the horde or vampires that are invading his reality with her? Nope!